307 shares
Make your own Squirtle with the free crochet pattern!

Make your own starter for the Original 3 of Pokemon, Squirtle!

If you want to make the other starters (can’t NOT have a full set!), they are available ass free patterns as well!

Notes: This Pattern is worked in continuous rounds and stands about 5 inches tall! Made in worsted weight yarn.

US 4 mm hook (any size will be okay, but this is what the picture is made in. Size of hooks determine the size!)

Finish off and leave tail to close hole

Rnd 2: Sc in 2nd chain from hook, sc across and continue to other side, all the way around (12) 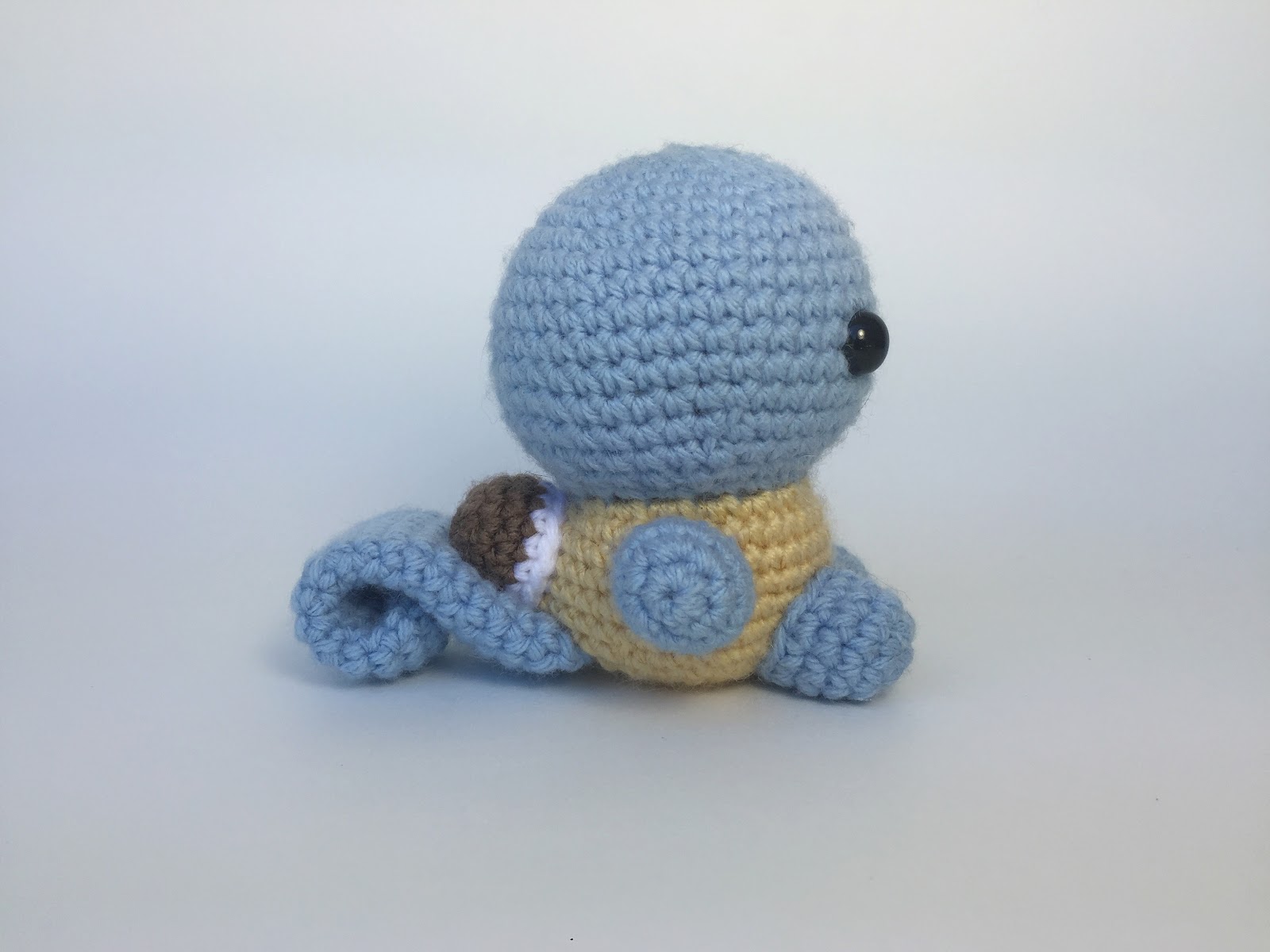 Assembly: First, you want to stuff the head very firmly. However, before you close up the body portion, don’t firmly stuff the body. You want to keep it a little squishy so it can sit and it has that cute look to it! Begin attaching the arms to the sides, lightly stuffed. After, attach the legs that will also be lightly stuffed. You can either attach them straight forward or have them slightly going to the side. But make sure to pin them so you can make they will sit! Attach the shell (stuffed) onto the back of him/her before the tail. Now that it’s attached, fold the tail so it has the “rolled over” look, and attach it underneath the tail. With some of the remaining yarn, sew through the very end of the tail and pull it through the shell, so it stays locked. Finally, embroider a smile on and he’s done! 🙂